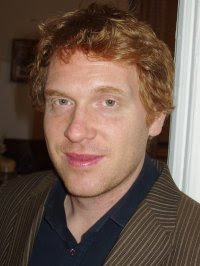 Montandon has written for the New York Times, New York magazine, Details, Salon and Spin, among others. He is the editor of Innocent When You Dream: The Tom Waits Reader, and is founding editor of The Silence of the City (silenceofthecity.com), and Best Recession Ever! (bestrcessionever.com). His most recent book is Jetpack Dreams: One Man’s Up and Down (But Mostly Down) Search for the Greatest Invention That Never Was. He is currently working on a book about zombies, due out from Wiley this year, as well as a biography of his brother. Mac lives in Brooklyn, New York, with his wife and two daughters. He can be reached at www.jetpackdreams.com.

Jetpack Dreams is a charming and hilarious pop-socio-cultural history of the greatest invention that never was, the jetpack, a sincere meditation on the glory of flight and a participatory journey through the bizarre subculture of jetpack enthusiasts in search of a working model.

The book chronicles the colorful pop history and science of jetpacks, from the first flimsy, shoulder-mounted wings to Bill Suitor's 1984 Olympic flight; from a gruesome jetpack-driven murder in Houston in the mid-1990s to the secret laboratories and government facilities of today.