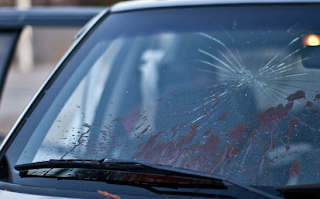 In his own words, Antebi describes his project in Juárez.

“When I mentioned I was going to spend Christmas photographing Juárez, people reacted as if I was planning a trip to Somalia.

In the last two years, upwards of 4,000 people have been murdered in Juárez, compared to about 30 homicides across the U.S. border in El Paso.

Juárez is the deadliest city in the world for a simple reason: for years, several powerful drug cartels have been fighting over control of the city. The region represents an extremely profitable route into the U.S., where consumers spend enormous sums of money to get high. On average, 10 people are murdered each day. In September alone, 476 people were killed, most of them gunned down in the street in broad daylight.

Juárez has become synonymous with murder, but the murders here are extraordinary brutal. The killings often involve extreme sadism, mass executions, decapitations and torture. From the simple (cigarette burns, bones crushed to pieces) to the macabre (being buried alive) to the unpredictable. In two instances in September, narco mafiosos burst into drug rehab clinics, lined people up against the wall, shot 28 dead, most execution style.”

To view the photos from this project, visit www.jeffantebi.com and click on Narco Christmas on the right menu bar.

Jeff Antebi (born 1970) is an American entrepreneur best known for his work in the arts, especially music. He is also a noted war photographer, covering places like Afghanistan and Haitias well as the insurgency in South Thailand and drug cartel wars in Juarez.

He founded the Waxploitation Company in the late 1990s as a home for unique projects and artists including the Grammy Award winning group Gnarls Barkley and Grammy Award winning artist/producer Danger Mouse, known for his work with Gorillaz, Beck and The Black Keys. To see more of his work, visit http://jeffantebi.com/