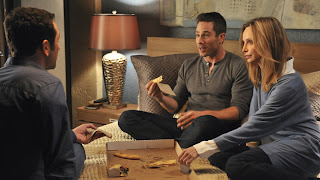 Today on The Lisa D Show at noon on KHRO 1150 AM we will talk about the culture wars being played out on television, namely on ABC's Brothers & Sisters. In just one episode Kevin ate a pot brownie, Kevin and Scottie were screened as gay adoptive parents and Nora, Kitty and Sarah all had sex on the same night ... only one is married to their sex partner. What the heck is Hollywood shoving down our throats.

Then we're going to review yesterday's Pastor Tom Brown. What did we learn from the conversation? Were the questions too easy and nice? Did he rant too much? Also, we'll use an exciting new mechanism to grade the show, it's going to be very technical and awesome.