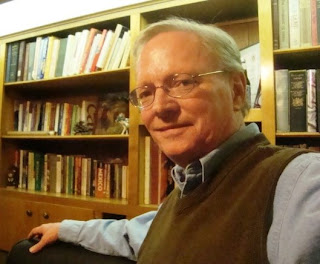 Today on "The Lisa D Show" at noon MST on KHRO 1150 AM we'll talk to investigative reporter and media personality David Crowder. Crowder will be in the studio talking about his coverage of the recent developments in the corruption scandal that has been rocking El Paso since the late 90s. While Crowder worked for the El Paso Times he started reporting on Bob Jones at Access HealthSource and that coverage was the impetus of what is now an investigation by the FBI that has involved more than 30 suspects, all involved in some level of corruption.

Most recently Crowder wrote about the now coined corruption case "Poisoned Pawns" in the El Paso Inc. where he is a staff reporter. From the article, "for the first time in the six-year probe of public corruption, federal investigators linked two politically active and controversial lawyers to the now-defunct Access HealthSource, a network that once served 65,000 public employees and their families." Click here to read the full article, What’s different this time. Two powerful lawyers linked to Access.