If you have an idea, just go for it and don't ever let anybody dissuade you from doing it. You just have to go for it! -Verzell James, founder of Awe-Sauce hot sauces.

Meet Verzell James, Evanston resident and founder of AWE-SAUCE hot sauces. Verzell has created eight unique hot sauces from his own peppers and has we has been working on creating these for almost twenty years. 2017 is the first year that Verzell bottled them, working out of the Family Focus Evanston commercial kitchen and began selling his hot sauces. They are available individually or in a set of eight via the Facebook page and area events such as the I Love Evanston Pop Up Sale on Feb 9, 10 at 1100 Florence Ave in West Evanston.

Below is a photo featuring a crowd-sourced recipe Verzell shares from Awe-Sauce fans, who range from neighbors in Evanston to friends in Hawaii. 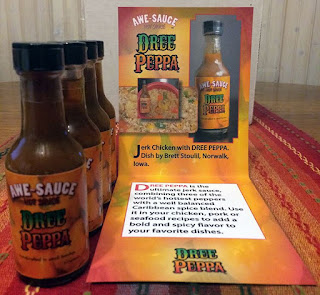 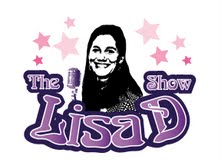 The Lisa D Show is a podcast celebrating creatives, featuring 20-minute, unedited conversations that mimic the live-radio vibe, low tech on purpose. Reach out to host Lisa Degliantoni at thelisadshow[at]gmail.com
Posted by The Lisa D Show at 8:38 AM