Bill Swislow, a founder and longtime executive at Cars.com, is now a digital media consultant, writer and art collector, and a lecturer at Northwestern’s Medill School of Journalism. He also operates the cultural website interestingideas.com and sits on the board of Intuit: The Center for Intuitive and Outsider Art.

Today’s conversation covers Bill’s early pioneering days on the internet in the early 1990s at the Chicago Tribune and his personal interest as an outsider art fan.

You can hear Bill speak at his upcoming talk at the Skokie Public Library, March 23 at 7p.m., when he talks about the outsider artist Henry Darger 125th anniversary of his birth.

From Bill: Some of the most powerful art of the last 100 years has happened beyond museum walls. This “Outsider Art” is now starting to seep inside as it gains increasing acceptance even in the most conservative bastions of the art world. Find out what’s so exciting about this “art that doesn’t know its name,” created by people with no formal training but often touched with creative genius, including Chicago’s own Henry Darger (creator of the image to the right). Learn about Chicago-based Intuit: The Center for Intuitive and Outsider Art, one of the world’s leading institutions devoted to this work.

We talk about Bill’s works as a board member at Intuit Chicago, one of the premier museums in the world dedicated to presenting self-taught art, defined as the work of artists who demonstrate little influence from the mainstream art world and who instead are motivated by their unique personal visions.

We also discuss how you can become an active outsider art collector, which starts with a visit to Intuit on Milwaukee Ave. Learn more at www.art.org (great url!). 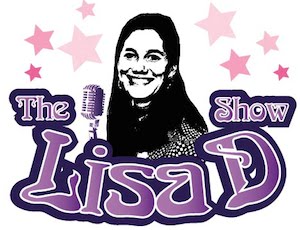 The Lisa D Show is a podcast celebrates creatives. Listen to 20 minute, unedited conversations with host Lisa D. and the creatives who make our world a more connected, interesting and beautiful place to live. Podcasts will be posted at https://thelisadshow.blogspot.com

This podcast is recorded at 1100 Florence, an art event space in West Evanston, IL, owned and operated by Lisa Degliantoni and Dave Ford. It is a former Polish Grocery store, probably not the BEST place to record a podcast (boomy to say the least) but we're new and it will get better. Reach out to thelisadshow[at]gmail.com