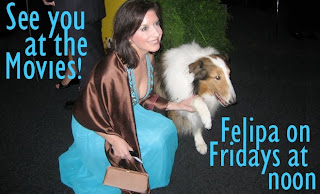 Today's show will feature an interview with Chuck Horak and Eric Pearson, they'll be in the studio to discuss this weekend's Plaza Classic Holiday Film Festival and the Film Salon.