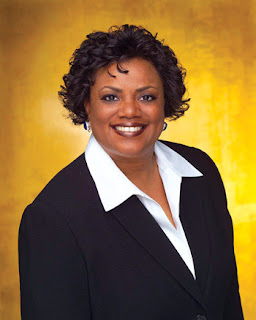 Today on "The Lisa D Show we'll talk to Sandra E. Braham, Ed.D., Chief Executive Officer of the YWCA El Paso. This interview is the first in a three-part series of Tuesday interviews with staff and board members of the YWCA, leading up to the annual Women's Benefit on April 29. This year's benefit speaker is Malaak Compton-Rock, activist and philanthropist, who will speak on behalf of the Y's efforts to Eliminate Racism and Empower Women.

Each Tuesday leading up to April 29's benefit, on "The Lisa D Show" we'll look at how the YWCA is providing El Paso with programming that eliminates racism and empowers women. We'll also talk about gender barriers, race relations and how El Paso holds up against other metropolitan areas with YWCA in the community.

Click here for more information on April's benefit and to find out how you can get involved with the YWCA.

**
If you're interested in being a guest on "The Lisa D Show" send an email to thelisadshow@gmail.com

Wear “The Lisa D Show” flare! Send your mailing address to thelisadshow@gmail.com and we’ll send you free fan flare to wear!
Posted by The Lisa D Show at 6:11 AM